The Rosanna Bowling Club was formed on 26 May, 1960. It secured a 40 year lease over four blocks of land with a frontage of 200 feet. 100 men and 60 women were signed as foundation members and plans were drawn up for a 12 rink bowling green on which work commenced in August 1961. By March, 1962, the green was deemed ready to be played on, and the official opening of the green was held on 24th March, 1962.

Further plans were then drawn up for a club-house, which were approved by the council, and the building was completed in time for the commencement of the 1962-63 bowling season.

Over the ensuing years many improvements have been made to the Club. The greens have been extended to incorporate two 8 rink greens of tifdwarf grass, lighting has been installed to accommodate night bowls, the club-house has been extended to a two-storey building incorporating entertainment areas and a commercial kitchen, and an automatic watering system has been installed to highlight some of the improvements.

Rosanna Bowling Club boasts a membership of some 200 people consisting of bowling, social and junior members. It is a licensed premises and can cater for various functions and events. RBC currently fields five teams in Saturday pennant, three teams in Tuesday pennant and one team in Night pennant, in the Bowls Victoria Metropolitan competitions.

we are all about Community

We are a community-minded club, with a friendly and diverse membership. Our welcoming atmosphere makes Rosanna Bowling Club a perfect community gathering place for the most enjoyable lawn bowls experience for all. RBC is a community minded club and embraces the inclusion of every person regardless of their age, gender, sexual orientation, race, culture, or religion, and provides opportunities for people of all abilities to participate and develop to their full potential, in the sport of bowls. We abide by a strong code of conduct for the protection of our members and visitors, and we welcome all members of the community to share in our facilities. 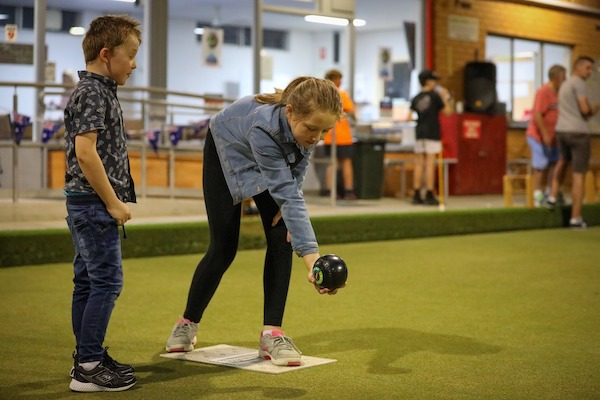